Here is a recent photo taken at the RNA Conference in Lancaster in 2019. 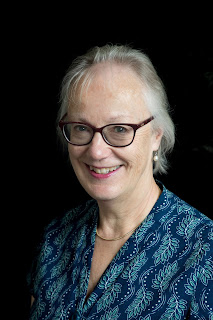 Some new wrinkles have appeared. Given the next photo was taken about 10 years ago, I guess it's not surprising!


Carol writes Historical Romances for Harlequin Mills and Boon. So far, they have all been set in medieval Europe.
Born in Harrogate in Yorkshire, she was educated in Whitby by Anglican nuns within sight of Count Dracula's Whitby Abbey. Her love of ancient and medieval history took her to London University where she read History, and her first novel, set in 11th century England and published by Mills & Boon, won the RNA New Writers' Award. Betrothed to the Barbarian, the third book in her Byzantine Palace Brides trilogy, has been shortlisted for the RoNA Rose Award 2013.
Carol's non-fiction writing includes dozens of articles for Writing Magazine and Writers' News and a portrait of the Romanovs, where her text is illustrated using pictures taken from the Imperial albums.  For the last 20 years Carol has lived near Kew Gardens with her husband and daughter. 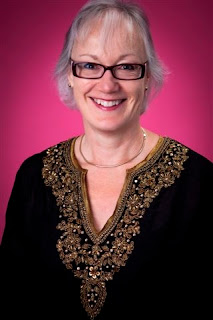 And here's Carol at the 2013 Awards Ceremony for the RoNA's, pictured with the other contenders for the RoNA Rose. Sarah Mallory (in the middle) won. 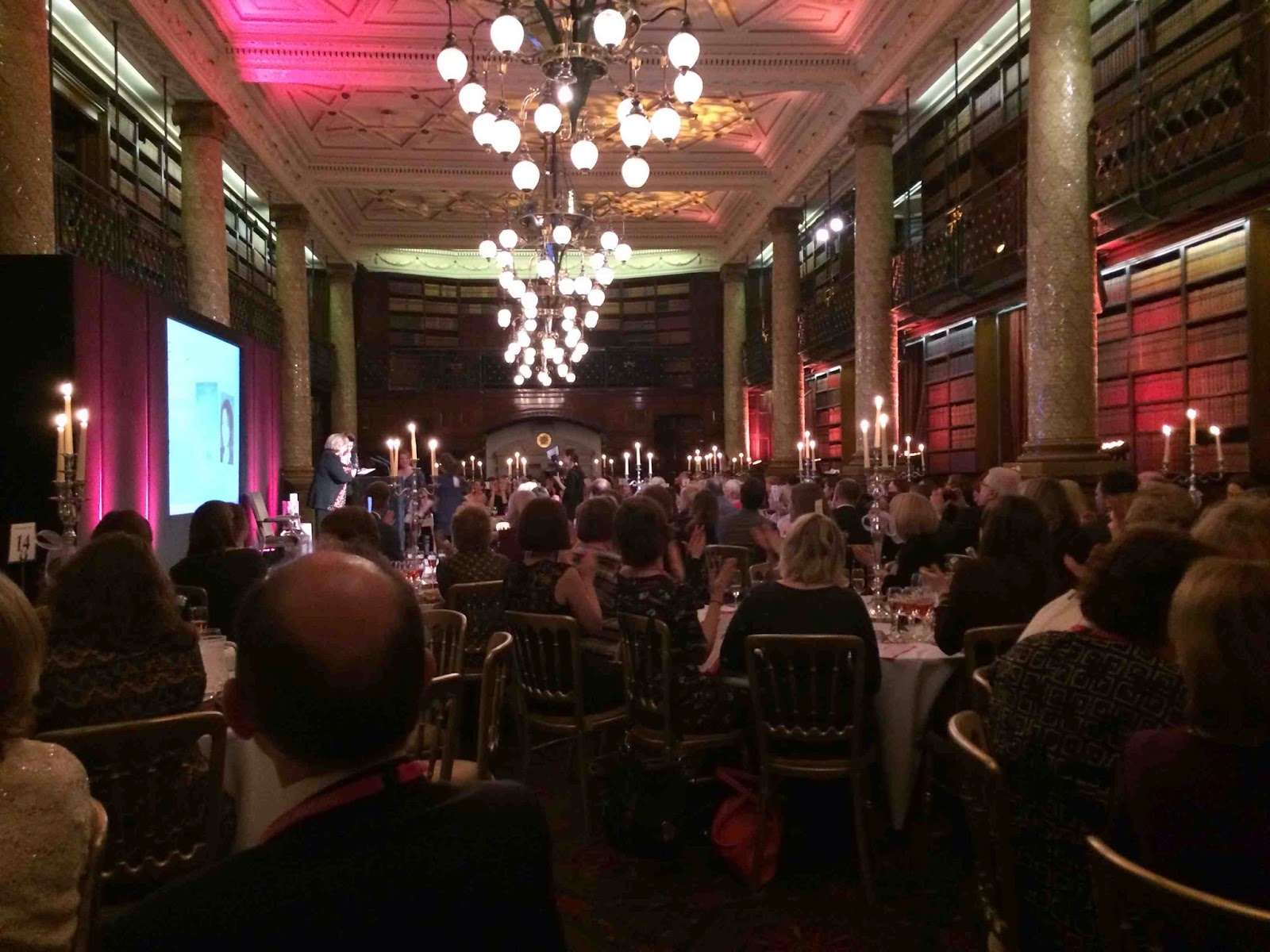 Carol has been making up stories since she was a child. Whenever she comes across a tumbledown building, be it castle or cottage, she can't help conjuring up the lives of the people who once lived there. Her Yorkshire forebears were friendly with the Brontë sisters. Charlotte used to stay at a former family residence, Allerton Hall; Emily painted a glass window panel for a Townend ancestor; and the Townend family tomb can still be seen in front of Haworth Parsonage where Wuthering Heights and Jane Eyre were written. Perhaps their influence lingers . . .

One of Carol's Inspirational Places (written for the Mills & Boon blog)
One of the most inspirational places in the world is The Alhambra Palace in Granada, Spain. It’s the setting for my forthcoming trilogy: Princesses of the Alhambra. Places always get me going, although inspiration is rather like lightning, you never know when or where it may strike! My husband and I visited the Alhambra Palace a couple of years ago. Whilst I knew it was going to be beautiful, with its horseshoe arches and lacy plasterwork ceilings, I had no idea I would leave Spain with ideas for a trilogy whizzing about in my head. Stepping into those marbled courtyards really is like entering another world. Add to that a reading of Washington Irving’s tale, The Legend of the Three Beautiful Princesses, and the stories soon began to unfold…


Choosing a poem for national Poetry day on the Mills & Boon Blog:
https://blog.millsandboon.co.uk/national-poetry-day/

My mother wasn’t a great one for verbal advice, she led by example. She was kind and chatty and always making new friends. This makes the one piece of advice I remember really stand out – it concerns writing. Typically, it was short and to the point. ‘Keep going!’ she said.

Mum hated having her picture taken, so we have very few, but when I was trawling through the albums I found the above four generation photo of Granny, Mum and me and with my daughter as a baby. Mum is in the middle. 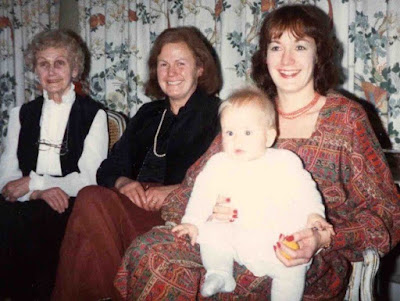 Mum kept a version of the prose poem Desiderata by the American writer Max Ehrmann in the kitchen. It was right in front of the kitchen sink and my sister is certain it was Mum’s way of giving the family a quiet message. You certainly couldn’t avoid looking at it when doing the washing up! Here are the first lines:

I really like it. By an odd coincidence, Desiderata was written in 1927, the same year that my father was born.

Motherly advice from me? Like mum, I’ll keep it brief: ‘Be kind’. 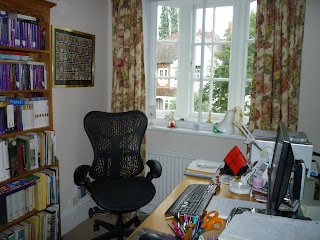 The desk is in a corner of the bedroom, but luckily there’s a window next to it.    This is a good and a bad thing.   It’s lovely to be able to see out, but sometimes the temptation to watch what’s happening in the street is a bit too much!   Although I have a great excuse for it – the theory is that it can’t be good for the eyes to focus on a computer screen all day.    So when I am staring blankly at passing clouds, looking for inspiration, I can claim I am exercising my eyes!

There are a couple of glass paperweights on the window sill, and a few more on my desk.   The one next to the keyboard is one of my favourites, it belonged to my grandmother and it’s from Murano in Venice.  Every time I look at it, I think about Venice.
(Confession time – the whole area had to have a serious tidy up before I took the photos!) 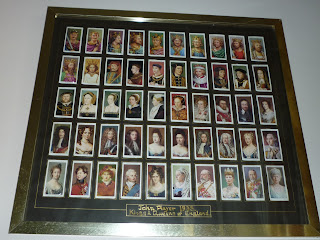 Behind the chair is a framed set of cigarette cards, showing the Kings and Queens of England.  (It’s dated 1935 – which I guess is well before everyone realised how bad smoking was for the health.)   The set starts with William the Conqueror, so none of the Anglo-Saxon Kings and Queens get a look in, which is a shame, but I still love it.   Queen Mary is the last.  The set was given to me by my husband’s cousin – she also gave me a set of framed cards for English Period Costume.  That hangs on the other side of the bookcase. 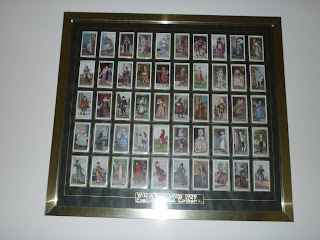