Princesses of the Alhambra...

A trilogy of medieval romances set in medieval Spain at the end of the fourteenth century. These stories were inspired by a folk tale as recounted by Washington Irving in his Tales of the Alhambra.

The Princess's Secret Longing, the second in the trilogy, will be published in November 2019. 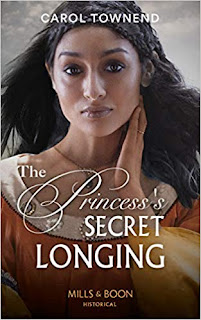 Will you agree to father it?’
Princess Alba longs for a life away from her tyrannical Sultan father. She craves a happy family life of her own, away from the palace walls she’s been imprisoned in all her life. So when honourable Lord Inigo comes to her rescue she’s spellbound! The Spanish knight is betrothed to another, but could he be her only hope of realising her dream?

The Knight's Forbidden Princess, the first of the trilogy, was published in 2018. 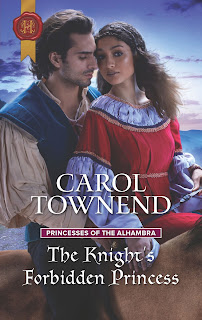 A princess captive in the tower…
A Spanish knight who can set her free!
In this Princesses of the Alhambra story meet Princess Leonor, who can’t escape her tyrannical Sultan father. For Spanish knight Count Rodrigo her innocence and her beauty tug at his sense of honour. He will lay down his life to protect her…but the risks are great: she is the daughter of his sworn enemy!