The fourth book in the Knights of Champagne mini-series set in Twelfth century France will be published in December 2015. 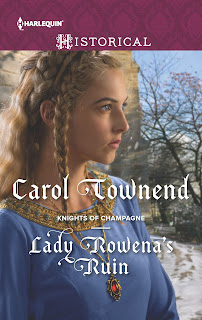 Here is the cover blurb:
Stolen from the convent!

Kidnapped by a masked horseman, Lady Rowena despairs. Her cloistered convent life is in tatters, her reputation surely ruined. Until she discovers her abductor is her father's favoured knight…

Loyal, honourable Sir Eric of Monfort has done as Rowena's father commanded. And though his body might crave her, he will not bed an innocent maiden. But as danger circles, there is only one way for Eric to protect Rowena—by making her his lady in every sense!

Some of the scenes in Lady Rowena's Ruin  take place at Christmas time. Below are some examples of what medieval Christmas decorations might have looked like. I took the photos at Cotehele in Cornwall. The wonderful swag below is made from thousands of dried flowers. Holly and ivy were more traditional materials. Usually the foliage would not be brought into the hall until Christmas Eve, along with the Yule Log.

(My Almanack of Folklore tells me that traditionally, the Yule Log shouldn't be bought, it should be found or given and it would be lit at dusk on Christmas Eve and kept burning throughout the Twelve Days of Christmas. It shouldn't go out! And a piece of the burnt log should be saved at the end of the season to help light next year's Yule Log.) 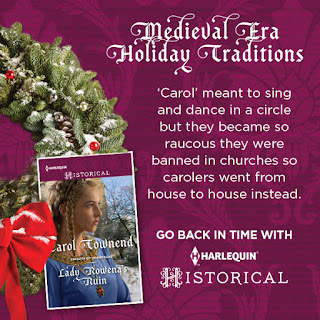 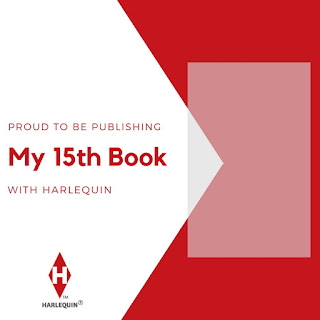