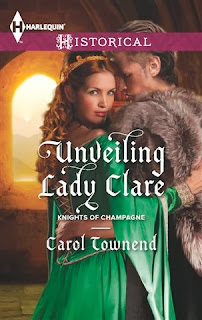 Unveiling Lady Clare has been shortlisted for the 2015 RoNA Rose Award!


THE SECRETS BEHIND HER EYES...

Sir Arthur Ferrer catches sight of her among the stands at the Twelfth Night joust. There is something about her eyes…. He's seen them before. But when he goes to find the mysterious woman who has so captivated him, she's disappeared!

Clare has been running from a dark past that she can never speak of. But this handsome knight seems determined to unveil her secrets. Will she dare to let him glimpse the real Lady Clare? 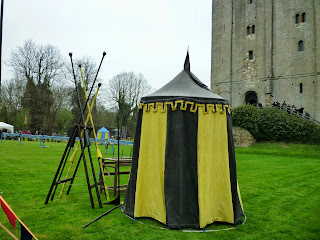 The Knights of Arkeley enacting a joust at Hedingham Castle. 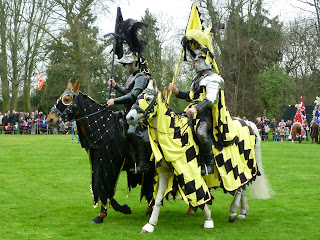 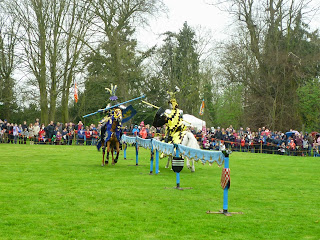 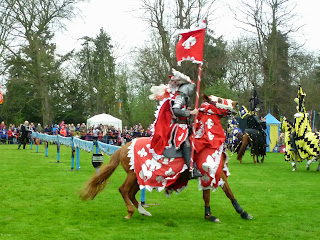 The Knights of Champagne  stories were inspired by the Arthurian myths and legends. Some of the earliest versions of the Arthurian stories were written in the twelfth century by an influential poet called Chrétien de Troyes. Troyes was the walled city in Champagne where Chrétien lived and worked.  Pictures of Troyes may be found here.


Chrétien's patron, Countess Marie of Champagne, was a princess – daughter of King Louis of France and the legendary Eleanor of Aquitaine. Countess Marie’s splendid, artistic court in Troyes rivalled Queen Eleanor’s in Poitiers.

The books in the Knights of Champagne mini-series are not an attempt to rework the Arthurian tales, they are original romances set around the Troyes court.  I wanted to tell stories about some of the lords and ladies who might have inspired Chrétien – and I was keen to give the ladies a more active role since Chrétien’s ladies tend to be too passive for today’s reader. Apart from a brief glimpses of Count Henry and Countess Marie, the characters are all fictional. I have used the layout of the medieval city to create my Troyes, but this series is first and foremost fictional.