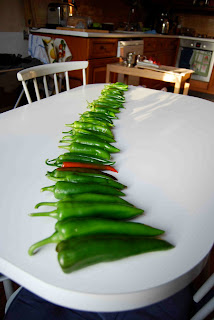 Usually we grow tomatoes up against a south facing wall. This year Michelle Styles very kindly gave us some chilli plants, so we have been growing those instead. Since they are not under glass (and were planted out a bit late) I left them out as long as possible, hoping we wouldn't get a sharp frost. Cue wind, lots of it. Rain, ditto. It is November. They were blown over, and had to be picked. My husband did this arrangement on the kitchen table with them before they were bundled up in groups and hung on the Irish dresser. Already they are beginning to ripen. Now I need some chilli recipes. Lots of chilli recipes! I was wondering if you could put a chillis in a bottle of olive oil to make chilli oil? Anyone know?
Posted by Carol Townend at 01:23 No comments: Links to this post

Jayne of Dear Author has written a review of Runaway Lady, Conquering Lord. Jayne gives it a B-. She says she has enjoyed a number of the other Wessex Weddings, and the fallen woman theme appealed. Like me, Jayne feels uneasy about lots of false medieval dialogue.
It is one of my ambitions to write a book which Dear Author rate as a B+! And after that, one day maybe a venture into A territory!
The link for the full review is below:
http://dearauthor.com/wordpress/2009/11/04/review-runaway-lady-conquering-lord-by-carol-townend/
Posted by Carol Townend at 01:04 4 comments: Links to this post 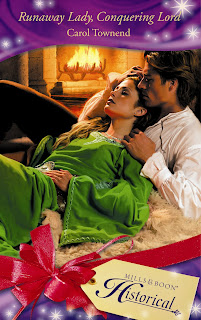 For UK cover is above and the US cover is below. The Cover Blurb is the same for both editions:

Raised a lady, Emma of Fulford is a fallen woman
with a young son as proof. He is all she has in the
world, and now the boy’s brutal father has returned.
Desperate and afraid, she needs to escape, and fast,
so she approaches Sir Richard of Asculf. She begs
this honorable Norman knight for help—and offers
the only thing she has left...herself.

Honorable he may be, but Sir Richard is only
human and Lady Emma tempts his resolve. Can this
conquering knight tame his runaway lady and stop
her running for good?

For an excerpt please click on the link below:

The sheer physical strength of the man was impressive - the wide shoulders, the muscled thighs - she had felt this for herself as he had carried her up those stairs.
But there was more than mere strength here.  Yes, it was most odd.  It was there in his eyes... This evening Emma would swear she could put her life in his hands and rest easy.
But this man is a Norman!
Pointedly she made a show of looking about his bedchamber.  It was furnished with royal extravagance.  There were two braziers - comforting glimmers of heat.  Adding more coals to one of them, Sir Richard waved her towards it.   'Warm yourself, my lady.'
My lady.   Tears pricked at the back of her eyes.  How long had it been since anyone had done her the courtesy of addressing her by her title?   But he would soon stop doing so once he learned about her son...

Kimberly has published a review on the Coffee Time Romance web site.
She says: 'This is such a wonderful story. Filled with history, it holds adventure and romance. Emma is a strong female character who is willing to do whatever is necessary to keep her child safe from an abusive man. Sir Richard is certainly noble and generous, yet once he sees that needing someone is not a weakness, he grows into a much deeper character. While these two clash over their Saxon/Norman heritages, it only feeds the fire of desire between them. Ms. Townend has done a terrific job of bringing the eleventh century to life.'

You can read the full review here Coffee Time Romance.

Another review of Runaway Lady, Conquering Lord has been posted on The Romanorum. Here is a taster of what Karyn Gerrard has to say:

I was completely caught up in the story...How refreshing to read a medieval story without all the 'Knight speak', with the 'mayhaps' and 'ye's' thrown out. And the characterizations are strong, we are given generous access to Richard's inner most thoughts, his torturous nightmares of war, his growing affection for Emma.
He really is a wonderful hero. His sensitive handling of Emma's son, the affection he shows the boy, is endearing. He treats his servants with kindness, and the people living in the village and near his lands with respect.

And Emma, even though she is running from her former lover Judhael, she is no simpering, cowering miss. She has a real inner strength that Sir Richard cannot help but admire. She would do anything to protect her son.
I loved following them on their journey back to Sir Richard's Norman lands, sort of a medieval road trip. And the love story between them is rich, lush and passionate. Both very strong, believable, likable characters, which made this a keeper for me.

Julie Bonello of CataRomance has this to say:

At the time of Runaway Lady, Conquering Lord there was a watermill by the bridge near Winchester city wall.    (It was known as East Gate mill.)   There has been a mill on the site ever since, though it is not the same mill!  In the novel, my heroine, Emma, has fallen on hard times, she takes lodgings at the mill. This is the view of the river Itchen from the bridge by today's mill: 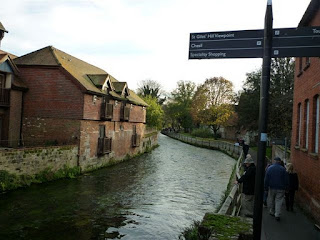 And this is the mill race.  This shot was taken from inside today's mill, which was built in 1743 on the site of the derelict mill. 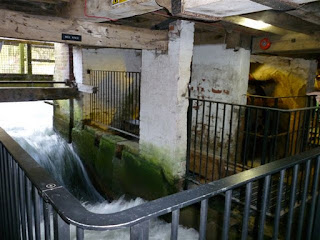 The mill was grinding when we visited and what with the rush of the water and the clanking of the workings, there was a terrific noise. 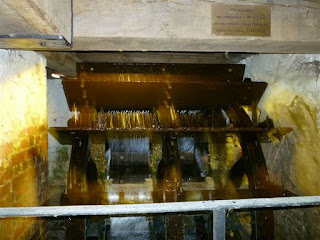 Finally the grain flowed down through the hopper and into a grain sack.   We bought some flour to use in my bread machine. 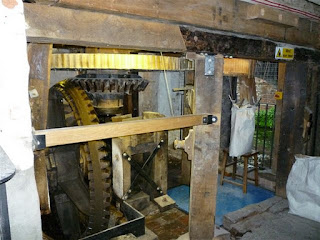 During the course of Runaway Lady, Conquering Lord, the action shifts to France.   Below are photographs of Honfleur in Normandy, where some scenes were visualised.   The houses have a medieval look to them, but in Emma and Richard's time they would have been more primitive, and mostly wooden.   However, today's buildings still help you imagine the port as it might have been... 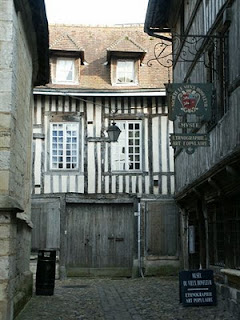 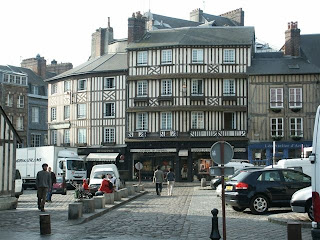 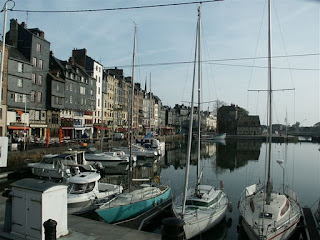 Posted by Carol Townend at 03:54 No comments: Links to this post