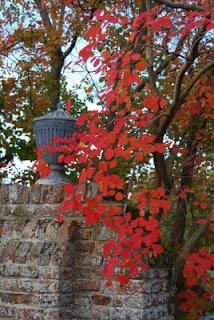 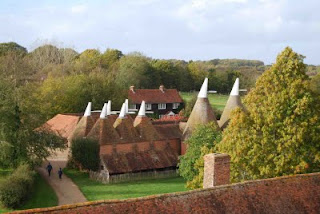 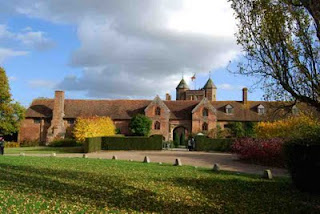 Autumn seems to bring out the hunter gatherer in me. Yesterday, my husband and I drove to Sissinghurst and had a walk in the woods. There are lots of sweet chestnut trees, and when we weren't slipping and sliding on the muddy clay paths (it had rained earlier) we noticed there were hundreds of chestnuts on the ground. They seem to be a couple of weeks behind the chestnuts in Kew, and those all got eaten by the bar-headed geese. So I went a bit mad and picked a bowlful. They are all for me, because my husband doesn't like them. After our walk we visited Vita Sackville-West's gardens which were stunning, even in October.
Posted by Carol Townend at 10:08 4 comments: Links to this post

Article first published in Writing Magazine, May 1995
Copyright Carol Townend
Posted by Carol Townend at 09:28 7 comments: Links to this post