The revised manuscript has been sent in, so it's dreaded nail-biting time. I hate that! Have just had the realisation that writers are writers because they (like to?!) worry in detail. About everything. And worrying about Getting It Right is there at the top of the list. Still, it's far too hot to worry this afternoon. I shall languish a little with the latest copy of the Romance Writers' Report and see if I can summon up the energy for a walk. There are other things that I ought to catch up on but I can feel dream mode coming on... 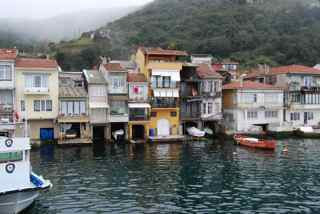 This is Andolu Kavagi in Turkey. This shot is a nice reminder of the lovely cool breezes coming in off the Bosphoros.
Posted by Carol Townend at 05:56 2 comments: Links to this post

The Madwoman in the Attic

People who have been hemmed in by society (aka kill your inner angel if you are a writer...)

As with the other articles, this has been scanned in and lightly revised.

Related criticism/essays:
The Crowded Dance of Modern Life by Virginia Woolf (which includes the 1931 Professions for Women lecture about the Angel in the House)
The Madwoman in the Attic — The Woman Writer and the Nineteenth Century Imagination by Sandra M Gilbert & Susan Gubar, published 1979
Women Writing About Men by Jane Miller, published 1986

Harlequin on Teach Me Tonight... 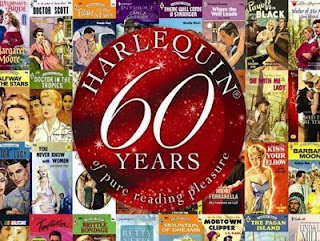 Harlequin's History: Marsha Zinberg, the Executive Editor is taking part in a blog tour as part of Harlequin's 60th Anniversary Celebrations. Here is the link to the Teach Me Tonight article:
http://teachmetonight.blogspot.com/
All fascinating stuff with a potted history of the company; a discussion of 'famous firsts'; cover designs...
Posted by Carol Townend at 13:44 No comments: Links to this post

Author Central on Amazon.com There is a new Author Page facility open to writers who like to connect with readers. It seems to be easy to set up, although I have by accident set up pages for my non-fiction book when it can easily be mentioned on the main Carol Townend page. Here is the link if anyone is interested in setting up their own Author page: https://authorcentral.amazon.com/gp/home
There is a facility for linking to your blog, but so far, I haven't got that to work!
Posted by Carol Townend at 09:12 2 comments: Links to this post